Elm leaf beetles feed on siberian or Chinese elms.  The adults lay yellow egg masses on the bottom of the leaves.  The first generation emerges approximately the first or mid part of june.  The eggs hatch and the larvae feed on the leaves leaving a brown area between the leaf veins.  The second generation hatches about late july or early august.    The damage done to the trees by the feeding of the larvae will not kill a tree by itself but will cause the tree to go into a state of decline allowing other diseases such as canker, wet wood, and verticilium wilt to possibly kill the tree.

Elm leaf beetles need to be controlled or repeated infestation will cause the tree to decline in health and may allow large populations of the beetle to survive into fall and possibly invade your home.  Fertilizer injection or liquid soil fertilization will enhance the vigor of trees that have had infestations.

Keeping your trees and plants strong, healthy, and beautiful. 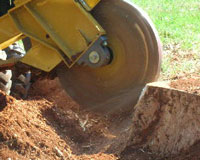 Got Stumps? No Problem. 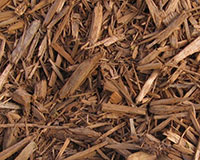 Check out our types and colors!

Talk to us about
a service package

We welcome your interest and questions. Please feel free to contact us.